Ashley Chanel is ready for the world.

Her debut album #RIGHTNOW  was released May 25, 2018.  With a butter smooth rhythm and blues feel that's laced in jazz and spiked with consciousness, this album is just what music lovers need right now. Produced by Trap Noir (The Internet), mastered by Andrew Garver (Moonchild) and featuring musicians Alex Hahn, Paul Cornish, Colin Cook and band members from Katalyst and Korduroy, some of LA's best musicians were secured to bring Ashley Chanel's songs to life.

The first visual single off the album, "Creamin' Like," has drawn comparisons to Erykah Badu, Jill Scott and Alicia Keys. Songs On the Daily added the single to their Spotify playlist. The second visual single “I Wonder” was premiered in Aipate Magazine to great acclaim. The track "Put It On Me" was featured on The Future is Female Spotify playlist created by Madame Ghandi.  Each song on #RIGHTNOW reflects what's going on right now through the eyes of young woman who is navigating new adulthood. he teamed up with Amber Navran from Moonchild for the "Sunset (Amber Navran Remix)." Fans sent in pictures and videos of their favorite sunsets from around the world to be featured in the music visual. She just released her first holiday single "Let it Snow & Snow." It's her take on her favorite versions of "Let it Snow" that she arranged under the guidance on Patrice Rushen.

THANK YOU SO MUCH LA TIMES FESTIVAL OF BOOKS! 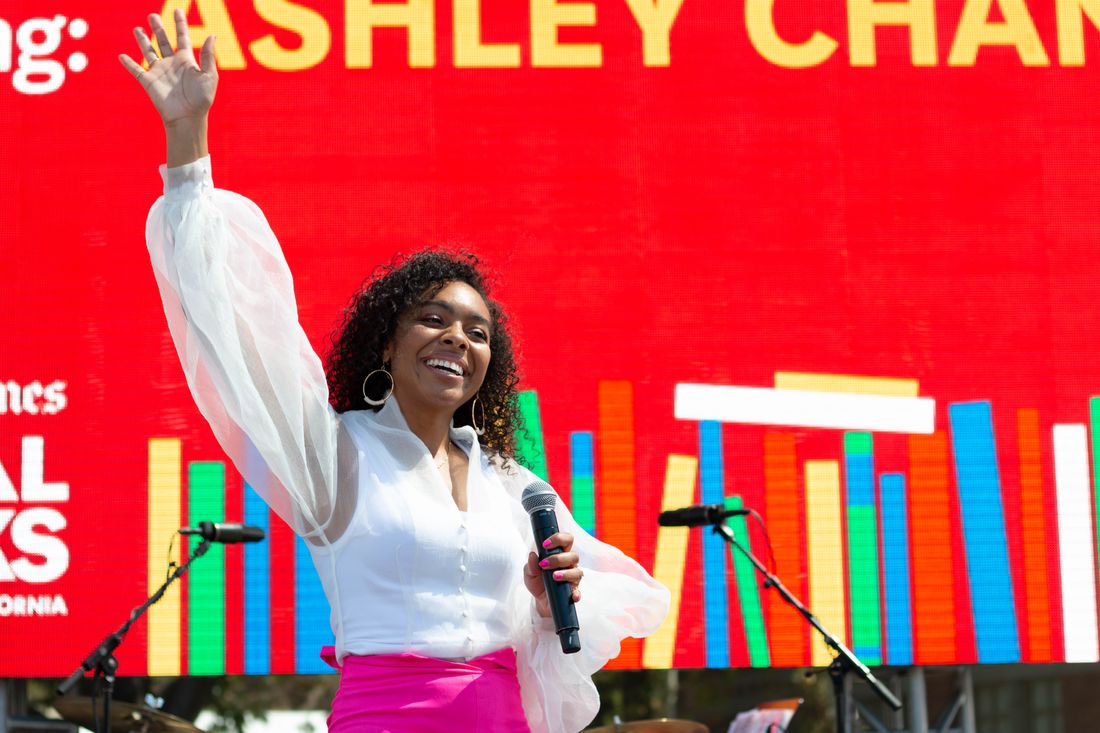